In mid-2015, there were about 100 billion Dogecoins in circulation—nearly 5.5 times more than Bitcoin. At the time, Dogecoin holders were in it for a sense of community, not for the profits. The unorganized group of investors would even go on to support charities and professional sports, including funding the Jamaican Bobsled Team in 2014 to attend the Winter Olympics. By the end of 2019, the global market value of Dogecoin increased to $2 billion. Much wow. 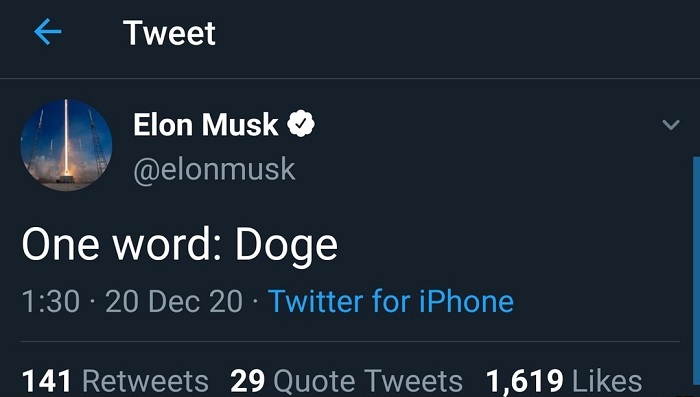 Compared to last night, the $0.0047 of each Doge’s worth is roughly 90% higher than it was a mere 24 hours ago. This was due to Elon Must, CEO of Tesla and currently in the top ten richest people on the planet, releasing a simple tweet: “One word: Doge.”

Like other forms of cryptocurrency, there’s no telling how high (or low) Dogecoin can go. Only time will tell whether this meme trading tool will become a legitimate investment option that rich crypto hedge fund managers will suck the fun out of. But one thing’s for certain: if you have Dogecoin or are looking to invest in cryptocurrency, choose Doge. You might not regret it!