…found the dirtiest, mangiest cat he ever laid eyes on. The poor cat, who looked like its hindquarters were covered in dreadlocks, was overweight, possibly due to the high-calorie garbage it was forced to feed on while living in the home for who-knows-how-long.

Paul and his wife took the cat, whom they named Hidey, to a nearby animal shelter where it received food, a haircut, a pedicure—the whole nine yards. When Paul was finally finished with clearing up the relative’s home and locking it up until the family could think of what to do with it, he again visited the animal shelter to check up on Hidey. 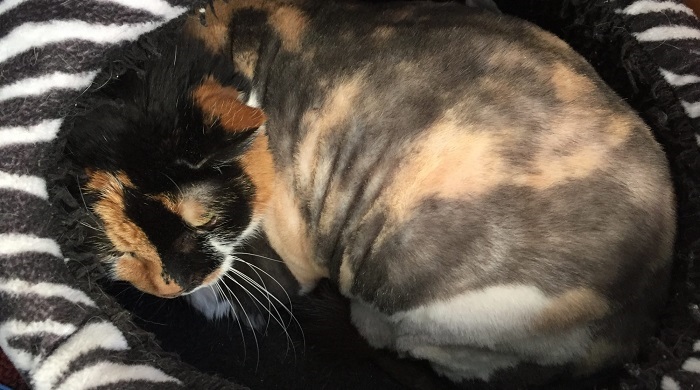 It turned out that Hidey was obese and flea-ridden but was going to be okay. The vets assumed that the elderly relative had adopted the cat and forgotten about it in recent years. Thankfully, there were just enough scraps to feed on in its home.

Make sure you check up on your older relatives—if not to discover mysterious animals living in their homes, at least keep them company!