As you can imagine, astronauts stick to a strict diet in order to remain as healthy as possible while staying afloat in bone-deteriorating space. But today’s ISS crew members should count their lucky stars for not having to partake on the borderline gruel served in a tube of toothpaste that their predecessors had to endure in the 1960s and 1970s. And after their cheese-heavy pies, they could relieve themselves in an actual toilet—not the hoses and baggies of older spacecrafts. 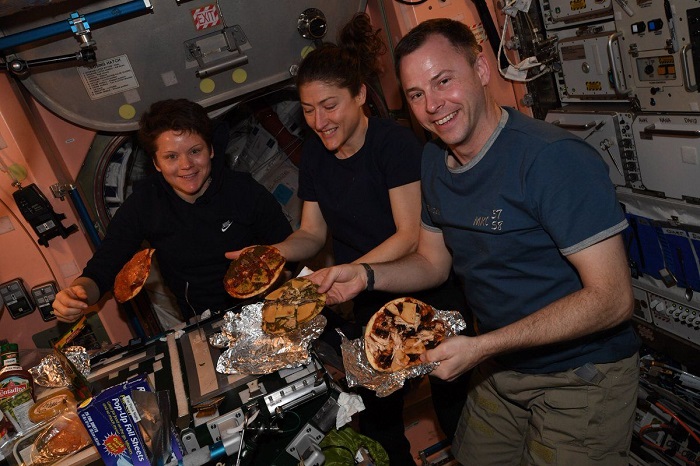 2013 was a monumental year for NASA astronauts as their agency funded a 3D printer prototype that allowed them to create their own food in space. Think of it as the FLDSMDFR from Cloudy with a Chance of Meatballs but more straightforward and reliable. The prototype, when completed, is expected to print all kinds of food, including pizza!

Did you know that staying for long periods in space can alter your taste preferences? Astronauts supposedly love devouring spicy foods while in space as it gives their food some much-needed taste. A buildup of fluids in their heads alters their tastebuds, making food taste less tasty.