This story starts with a group of bull dogs who were rescued from the clutches of an abusive and neglectful owner. At only under 12 months old, the pups were already exposed to the hardships of living the bull dog life—their former owner was “toughening them up” in order to become prized fighters.

Immediately after being rescued, the pups exhibited signs of antisocial behavior. They hadn’t been in contact with a caring human being before, so they had no idea what they were getting into. Thankfully, the people at the animal rescue facility showered the pups in nothing but kindness (and actual showers with shampoo). Before long, the group of bull dog pups was as happy as can be.

That’s when they went their separate ways. The dozen-plus dogs were picked up by different families, and it appeared that they weren’t going to see each other for a very long time, if at all. Or so they thought. 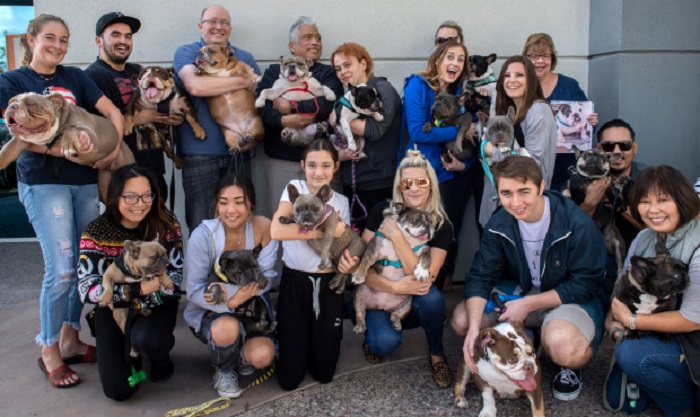 Apparently, the animal rescue facility, which was tasked with caring for the baby bull dogs and finding them a home, couldn’t get the pups off their mind. They organized the WAGS-1 event, the first annual gathering of the brother-and-sister bull dogs. Their new loving parents were more than happy to bring the pups back for a family reunion.

At the reunion, the pups looked nothing like they had when they first arrived in 2018. They were among the 78 bull dogs that authorities had rescued from backyard breeders. A year ago, the pups were hairless, frightened, and covered in wounds. They hadn’t learned how to socialize with each other, let alone humans, and the slightest touch would cause them to go haywire. Thankfully, after 12 months of constant nurturing, both at the facility and in their respective homes, the pups were as happy as could be. 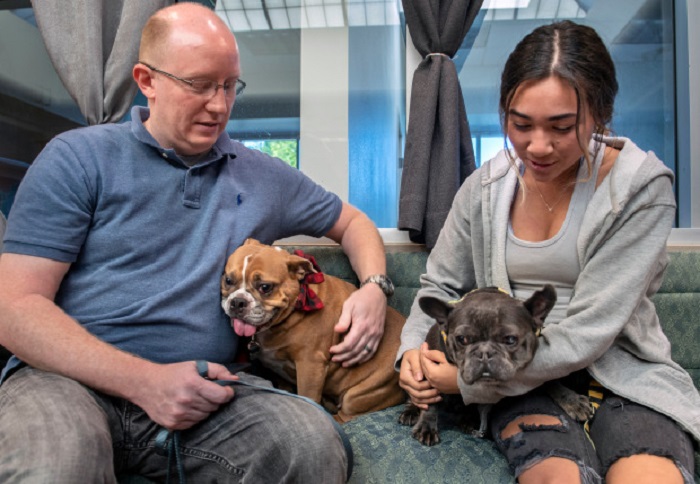 When animal control announced that over a dozen baby pups were in desperate need of a home, 3,000-plus people immediately applied. It appeared that the pups’ rocky start at life hadn’t deterred people from wanting to care the heck out of these puppies. In the end, only a handful of lucky families were chosen to give these dogs a loving home.