Talk about a bad hair day!

Paul Russell, the person who encountered the mysterious beast head-on, was tasked with taking care of a relative’s belonging in Pittsburgh. The relative in question was 82 years old and suffered from Alzheimer’s, so he was moved to a nursing facility where he could be given the treatment he so desperately needed. So, Paul and his wife made the hour-long trip to Pittsburgh to help square all of the relative’s belongings away.

While there, he came across a decrepit home that looked and smelled exactly as one might expect from an Alzheimer’s patient’s home. The power had been shut off for nobody knows how long, there were stacks of old garbage piled up in every room, and the smell forced Paul and his wife to lift their shirts to their noses to block the stench.

However, they were there on a mission. While holding their breaths, they began putting everything together and tossing out whatever they deemed unfit to save. After several hours, things were looking brighter in the home, despite there not being any electricity. The couple was about to call it a night and resume work the next day when Paul heard the faintest sound of a whimper in the distance. And that’s when he noticed something zoom past the peripheral of his vision. 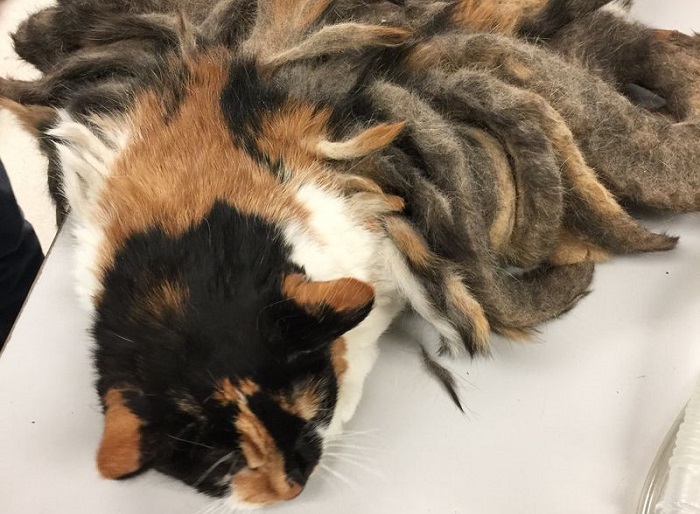 And in typical horror-movie fashion, Paul had to investigate.

Armed with just a flashlight and a few rubber gloves, Paul crossed garbage pile after garbage pile and headed in the direction where he thought the sound came from. He checked the bedrooms, living room, kitchen, and he even plucked up the courage to check out the cellar, all to no avail.

That’s when one last yelp made him turn around and head into the bathroom, the one room he hadn’t yet cleaned nor investigated. This surely had to be the room—there was nowhere else to look! Not knowing what he was going to find, he pulled open the bathroom door, pulled the shower curtains, and…