Everyone and anyone who frequented Reddit and Facebook knew of an upcoming event in late June of this year. Of course they would; close to 1.5 million people said they would attend or were interested in attending, including countless celebrity figures. The event in question was none other than Storm Area 51, They Can’t Stop All of Us. 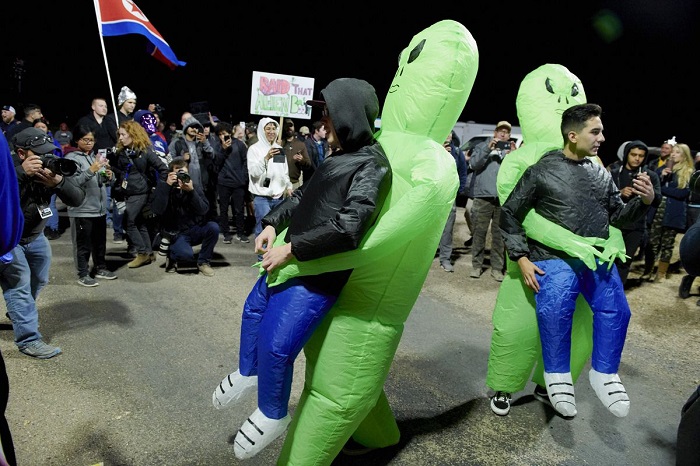 Gen-Zs and those with a dark sense of humor were planning on taking the trip to the middle of a desert in Nevada to raid the US Air Force facility where the US military does mysterious things with unknown objects for whatever purpose. The theory behind Area 51 was that our government was hiding UFOs and aliens in the facility, and people wanted to discover the truth.

The Storm Area 51 event started off as a joke that admittedly got out of control. Countless individuals were planning on making the 100-mile trek away from the civilization to spend their weekend in borderline ghost towns. While Matty Roberts started the planned event on Facebook, there was no indication as to who would lead the march into the heavily armed military facility to uncover the truth.

Since no one was in charge, the scrappy group of 150-plus people that actually arrived came without plans. And most disappointing of all—but something we should all be grateful for—was that nobody stepped foot past the security personnel in front of the facility. Who knows what could have gone down if somebody managed to Naruto-run past the armed guards?