There was even a time when the local county’s sheriff department seriously thought that at least 30,000 people were going to come knocking on Area 51’s doors. This somewhat led the 50-odd residents of Rachel, a nearby town, to become worried that an influx of visitors would mean unnecessary strain for them—an understandable concern but one they didn’t have to stress out about.

As it turned out, only about 150 arrived in RVs or pitched tents in the town. The guards were friendly with the people who came out, and those that were ready to “raid” the US Air Force facility knew that they didn’t have the numbers to make it past the metal fence. In the end, the success of Storm Area 51, or lack thereof, depends on who you ask. 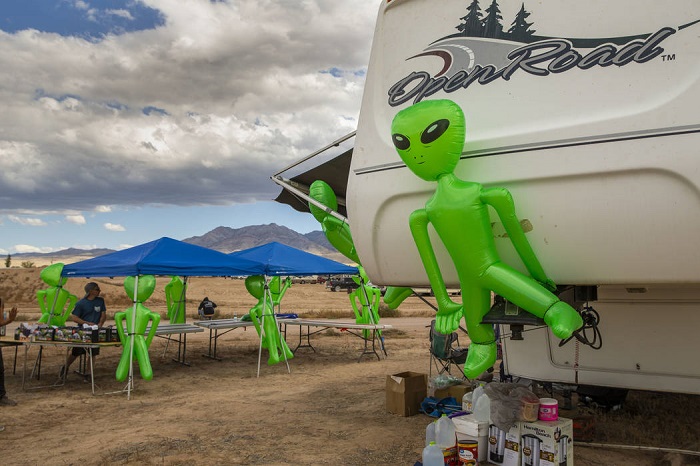 What ended up happening was the group of roughly 150 people organized an impromptu dance party. People made wooden constructs and set them ablaze, others played a game of beer ping pong with total strangers, and t-shirt sellers were raking in the dough.

So, even though nobody learned whether the government was harboring aliens in an underground lab in Area 51, at least those that attended had a good time. After all, making friends with total strangers and learning a thing or two from official Area 51 guards has to account for something, right? Perhaps we can all learn from this failed raid: there’s no way a million Gen-Zs can make the trip out to Nevada unless they have nothing better to do.